(Eingestellt am 18. November 2022, 18:32 Uhr von Niverio)
After solving countless awesome puzzles from KNT's Japanese Sum Cave Cipher series, I decided that he shouldn't be allowed to steal all the fun to himself, so set one myself. :)

- Fillomino: Divide the grid into orthogonally connected regions such that no two regions of the same size share an edge, and enter a number into each cell equal to the size of its region.

- Parity :Every region is either entirely shaded or entirely unshaded, and the shading is based on parity: All fillomino's containing one parity form either the wall or the cave shading, and the other parity forms the OTHER shading of the cave. Which parity belongs to which must be deduced by the solver.

- For each row or column, either all or no outside clues are given.

Below is an example illustration to showcase how the rule set might work in a 6x6 Fillomino grid: 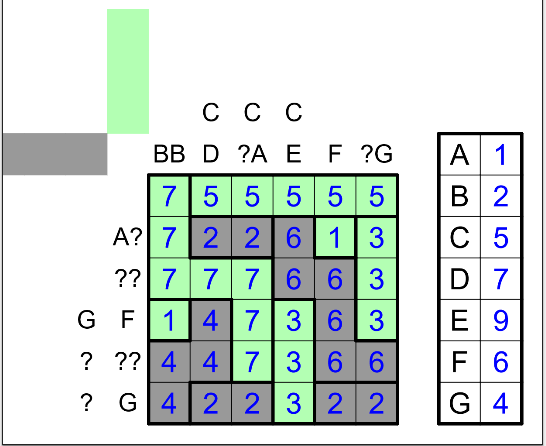 And below is the main puzzle, available in Penpa+. Answer check is enabled for correct number placement, including the cryptic column. Enjoy! 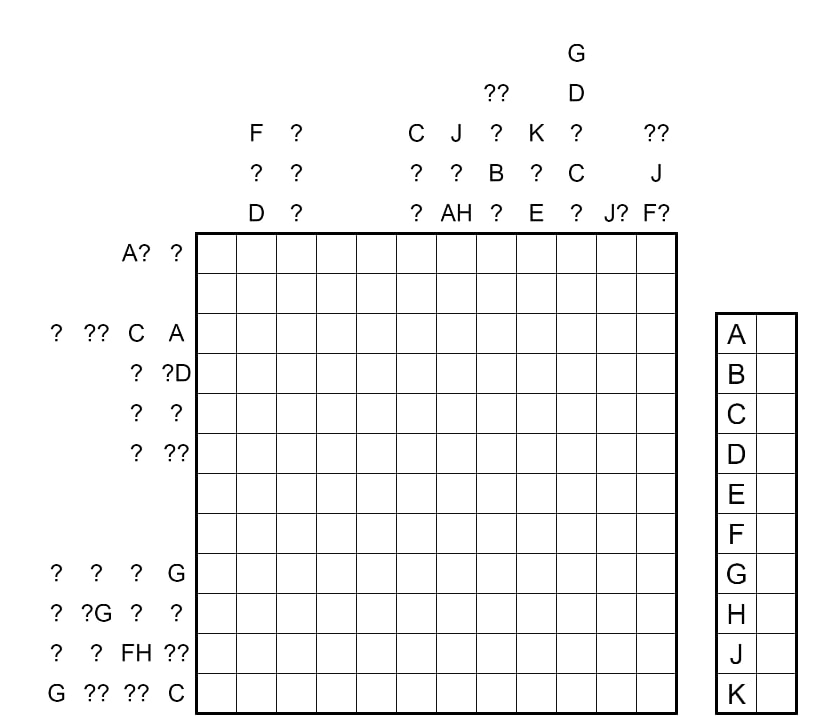 Lösungscode: Numbers in Row 1, followed by Row 4 (No commas or spaces.)

am 24. November 2022, 11:21 Uhr von Vebby
Fantastic idea and puzzle! Made an incorrect assumption regarding c12, but other than that I thought it had a really nice flow throughout. Thanks Niverio! :)

am 22. November 2022, 16:55 Uhr von Playmaker6174
What an awesome and engaging puzzle, even for a fillo noob like me x)
Figuring out the initial start was fairly easy, but things started to hurt my mind as the solve went on, should've got some parts done much earlier but I'm glad that I was that persistent till the very end ;)

am 21. November 2022, 17:49 Uhr von KNT
agreed with @polar, never a huge fan of parity in much of anything, but this had awesome execution. glad to see stuff inspired by me on here as always :)

am 19. November 2022, 15:22 Uhr von polar
You managed to turn one of my less favoured variants (parity) into a thoroughly enjoyable solve; the mark of a great puzzle! Thanks Niv :)

am 19. November 2022, 01:07 Uhr von MagnusJosefsson
Awesome! Amazing puzzle with a lot of really clear but challenging and satisfying deductions. Thanks you Niverio!