This puzzle was created by Jakhob and wooferzfg. It is the final puzzle in the uN-Chained Puzzle Pack, which focuses on a Sudoku variant called N-Chains.

An N-Chain is a set of N cells in a row or column that point to each other in a path to form a cycle. Here is an example of a 5-Chain in a row:

Here is a 6x6 example puzzle:

Digits in a circle must appear in at least one of the four cells surrounding the circle.

In case you get stuck, we created a walkthrough video. 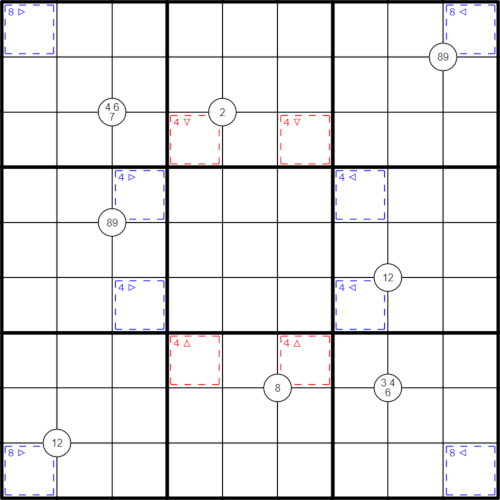