“And ever since that,” the Hatter went on in a mournful tone, “[Time] won’t do a thing I ask! It’s always six o’clock now.”

Parity Party: Clues outside the grid represent the sum of digits looking into the grid from the clue's position up to and including the first change of parity. (i.e. odd to even or even to odd. Note that this means that clues cannot refer to only a single cell. This is the same as in Richard Stolk's parity parade variant.) Due to Time's quarrel with the Mad Hatter, however, digits greater than 6 are not included in the sums, even though their parities are still considered when determining which cells are included in the sum.

Anti-Queen: No two cells separated by a chess queen's move (i.e. along the same row, column, or 45-degree diagonal) may both contain the digit 9. 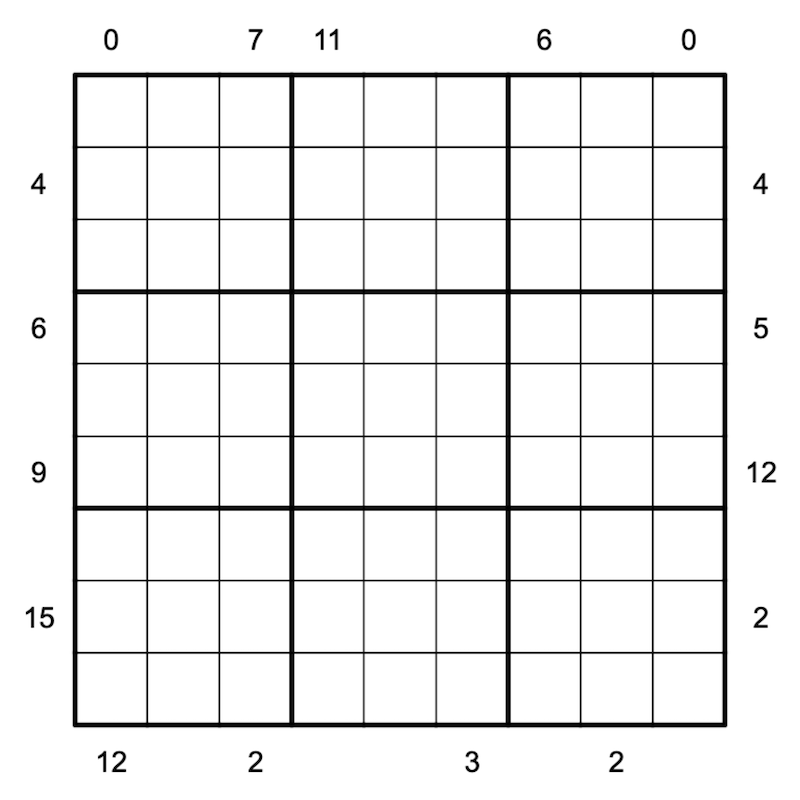 am 12. September 2021, 23:23 Uhr von SSG
Added a clarification to the rules and updated the difficulty rating to reflect some feedback.