All Aboard The Sudoku Train!

(Eingestellt am 27. Juli 2021, 05:55 Uhr von SirSchmoopy)
This puzzle was created for the CTC discord's monthly puzzle prompt. Huge thanks to Derektionary for testing this.
Also I find it a bit ironic that the theme of puzzle id 737 is...trains :p 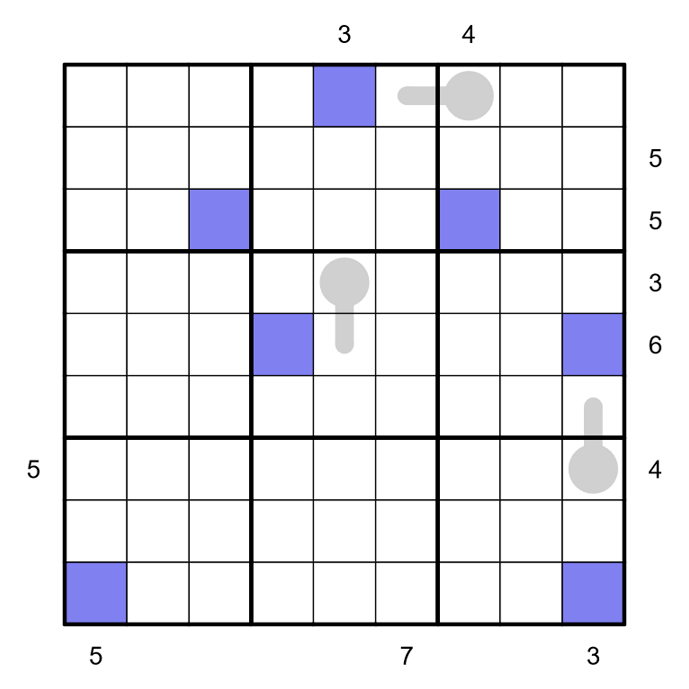 A new sudoku railway system has been installed in the city. The line has 7 stops, numbered 1 through 7. Cells with a stop are shaded blue, and the stop's number is the same as the cell's digit.

The only downside to this great new transit system, is that it required demolishing several skyscrapers to make way for the track. Clues outside the grid are regular skyscraper clues, except the height of any cells along the track is 0. Track cells can be part of a skyscraper clue's count, though only the first seen track cell will ever be counted (e.g. a row of 9 track cells would have a skyscraper clue of 1). Since as above, train stops are not part of the track, train stop cells have a normal skyscraper height.

For safety, a few level crossings (thermometers) have been installed as well. These act as normal thermometers, and their placement on/off the track is to be determined by the solver

Additional clarification and examples:
See the below 6x6 grid for a valid example for a train with 4 stops. The 6x6 has a logical solution which you can try to familiarize yourself with the rules. You can try the 6x6 puzzle here. 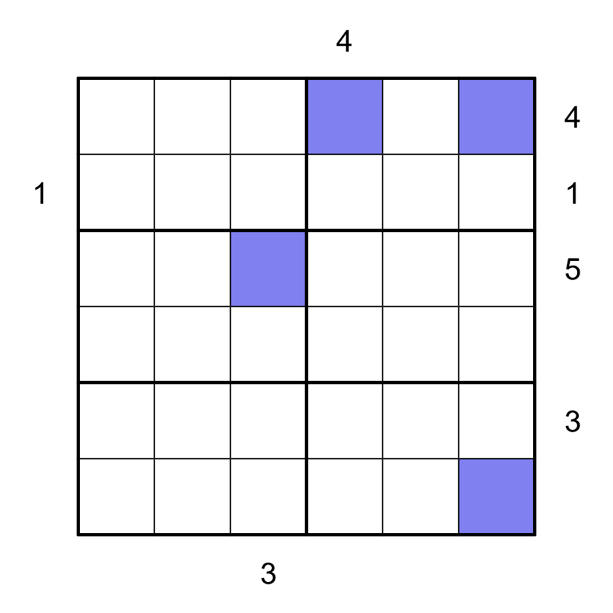 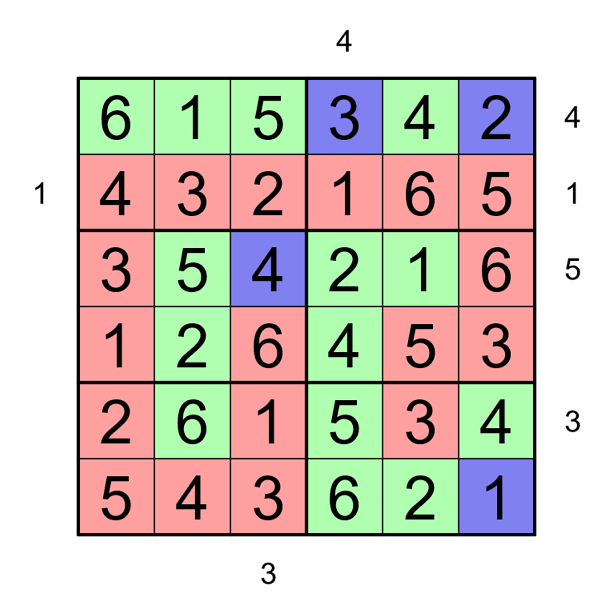 am 3. August 2021, 19:15 Uhr von Sktx
Beautiful logic in there ! The start was not easy, but my train finally reached the terminus. Thanks for helping me out with my silly mistakes, and thanks a lot for this great puzzle !