Knights of the orthoganally-connected-snake table

(Eingestellt am 23. Juni 2021, 07:30 Uhr von SirSchmoopy)
I wanted to try making a snake/sudoku puzzle that required the knight's moves to complete the path of the snake, and this was the result after lots of trial and error. Please let me know what you think of this ruleset. I have only recently started setting sudoku puzzles and would appreciate any and all feedback you might have.


Draw an orthoganally connected snake that satisfies the following criteria:

The blue cells are 'knight' cells and satisfy the following criteria:
The red cells are snake cells, but similar to knight cells, their digit is also the count of how many snake cells that are exactly one knight's move away. 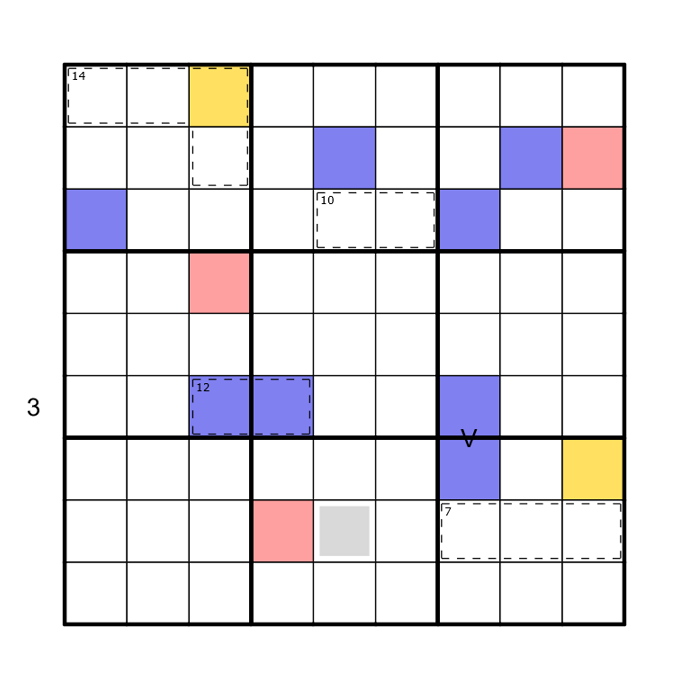 Example of the knight cell constraints:

To illustrate the knight's cell/given snakes cell's counting logic, all given digits in the example would be acceptable knight (blue)/given snake (pink) cells, assuming snake cells are red. 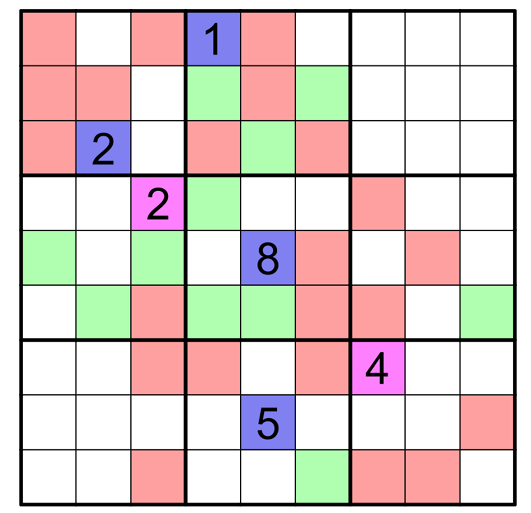 Loved the solve. The snake was fairly easy to find, but the ending sudoku was a bit more tricky. It was nice that the puzzle didn't just give up as soon as the snake logic was finished. Great fun!

am 24. Juni 2021, 23:00 Uhr von VykkDraygo
I'm colorblind, as such I can't really understand the example. I also see that coloring in the f-puzzles link is slightly different from the image here. I'm guessing f-puzzles is blue and pink? Only the pink is VERY difficult for me to tell apart from the blue (nearly impossible without surrounding the cell with the opposite color). I'd just re-color it myself, but I'm not sure I am SEEING the colors on the image (I see three: yellowish, blue, and a pinkish red).

I appreciate any help in this regard! The puzzle looks interesting, so I am looking forward to solving it, if I can. :)

actual grid :
https://f-puzzles.com/?id=yj57azna
The head and tail snake cells have circles. The given snake cells with (with valid counts) have squares, the knight cells have diamonds.

Here's a link to an example. snake cells have diamonds and all given digits would be valid counts (either for a snake cell/knight cell)

I'm not sure if this is any better, but hopefully it's at least unambiguous enough. If not here's all of the shaded cells from the starting grid:

given snake cells that are valid knight counts:R2C9,R4C3,R8C4