I have recently been playing around with a new constraint I am calling anchor sudoku. It is like arrow sudoku, except you subtract the smallest digit from the sum of the other digits.

If this variant already has a name please let me know and I will rename it!

Over the past few weeks I have made seven puzzles using this variant, and I have been really surprised by their versatility. I am planning to release one puzzle every day for the next week which will hopefully showcase some of its potential.

This first puzzle is intended to introduce some of the restrictions caused by anchors before doing some more clever things with them. 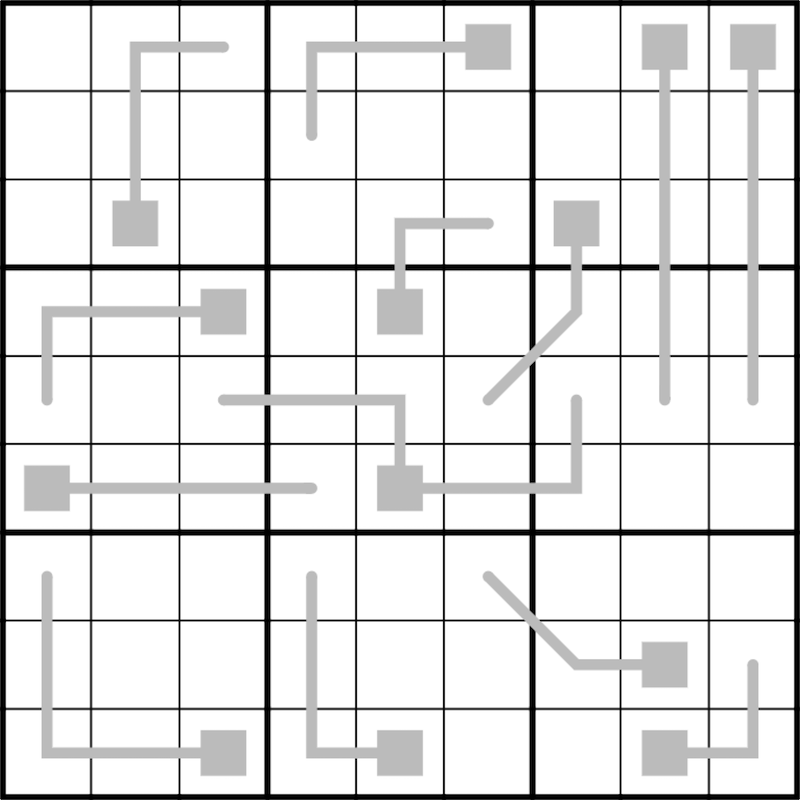 Subtracting the smallest number along an anchor from the sum of the other numbers equals the number in the square cell.

Solve the puzzle at https://f-puzzles.com/?id=y4hgswha

am 14. Juni 2021, 19:16 Uhr von Ryx
Well, I gave it a shot. Took a while to find a break in, then about an hour later I had messed up somewhere (and could not see how to fix it). I think there are just too many possibilities to wrap my head around. Very interesting though.

am 9. Juni 2021, 05:59 Uhr von Noggin
Menu Sudoku??
The cheapest item on the menu gets subtracted from the total bill

am 9. Juni 2021, 01:52 Uhr von bigger
I just feel the naming of this variant is a little weak. Afterall, it's a subtract arrow. The naming should show the idea of subtract. Also anchor is the name that every setter at one point think of. It's just not a memorable variant name for me.

Good suggestion, I will only post one every few days.

As for naming, I am open to suggestions. I wanted to pick a real life object that has a line attached to it. I was considering calling them tails, anchors, keys, plugs, or circuits.

Think I should go with a different one?

am 8. Juni 2021, 19:25 Uhr von bigger
Nice variant. But I should warn you that posting one puzzle per day for a week is a bad idea. It's going to flood this portal. Maybe per two or three days.
Also I have a small question, why it's called anchor? I see no ships nor seas.