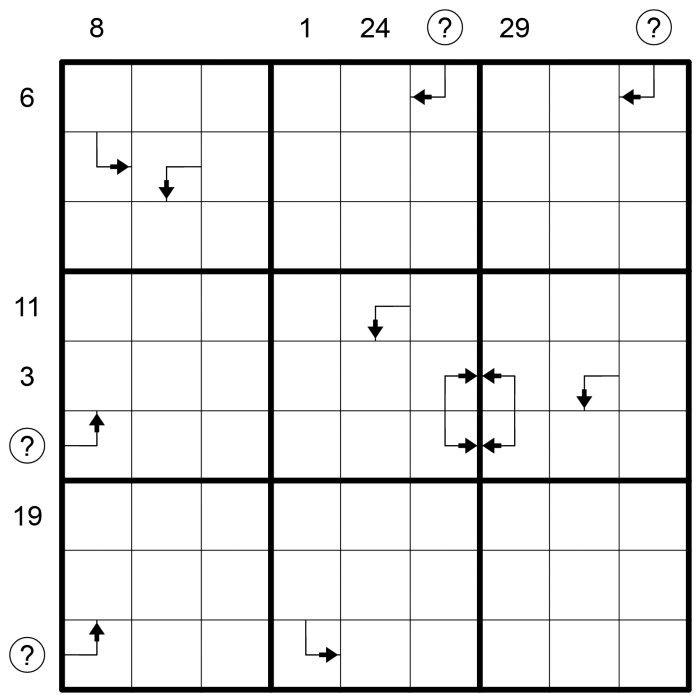 These armies have brought Catapults onto the field. In cells with directional arrows, the digit in the cell the arrow comes from is then catapulted in the direction of the arrow's point the number of cells indicated by the digit on the arrow. Note that four of the catapults use the unknown single-digit Battlefield numbers outside the grid as their ammunition. 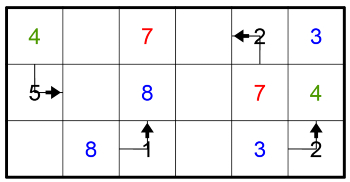 Setter's Diary :: March 20, 2021 :: Experienced solvers will recognize my use of Stephane Bura's "slingshot" idea, which I've been mulling over for about half a year and finally got around to using. I just felt "catapults" sounded more like an instrument of battle.

Unless some amazing brainstorm strikes me one day, this is likely my last Battlefield entry. It's been fun, and I certainly look forward to any future creations from others using that rule set (which is just about up to its first birthday!).

*** It was in the five I did for Christmas - the "Christmas Truce" Battlefield.