Unwrap the Gifts [2 for 1 special]

When I first started setting my goal was to make my puzzles as hard as I could (while containing some interesting logic and no bifurcation of course). The first puzzle here is the peak of that, it's 6 stars out of 5 for difficulty. I'm not joking when I say that, it's the hardest puzzle I've ever set, arguably harder than Quite a Mouthful by Gliperal.

To give more context to that claim - it went without a single solve for 1 month and 13 days in the CTC discord and the person who finally broke the streak needed multiple hints (shoutout to Gliperal for putting up with this monstrosity).

Since then I've realized that the real challenge is not setting monstrously difficult puzzles, it's setting easy puzzles with interesting logic in them.
Out of 2616 sudokus with 3 or less stars in difficulty only 141 (0/10/131 being the breakdown) of them have 95%+ rating. By comparison, 304 out of 753 4+ stars sudoku puzzles have 95%+ rating. I don't mean to say that this is bad or something, I just found it interesting.

That also doesn't mean I'll start making 1 star puzzles. For me, my goal has shifted to making the harder deductions/techniques as easy to spot as possible. For example, Lake Trip was an attempt to do that. I'm happy how it turned out. At the end of the day there's no reason to gatekeep beautiful logic behind higher than what is needed difficulty.

That's also the reason why I dediced to remake my puzzle. It's still very hard since the interesting bits I wanted to keep require it to be like that, but hopefully it's actually enjoyable now that the path is clearer. At the same time I'm still proud of my original creation, it's just that it serves as more of a showcase how the limits can be pushed rather than being something designed to be solved.

I recommend doing the easier version, but if solvig impossible puzzles is your thing then good luck. Best hint for it is probably comparing the differences between the grids, so you may or may not want to scroll down.

The solution code is for the second puzzle, if you do the first one then you won't have any problems with the other one. I also included some hints for Unwrap the Gifts at the bottom and solution guide to ssorCery in the hidden comments.

F-puzzle link
The title of this one is a reference to The Cross by Tom1i. Go solve it if you haven't yet, it's a wonderful puzzle. 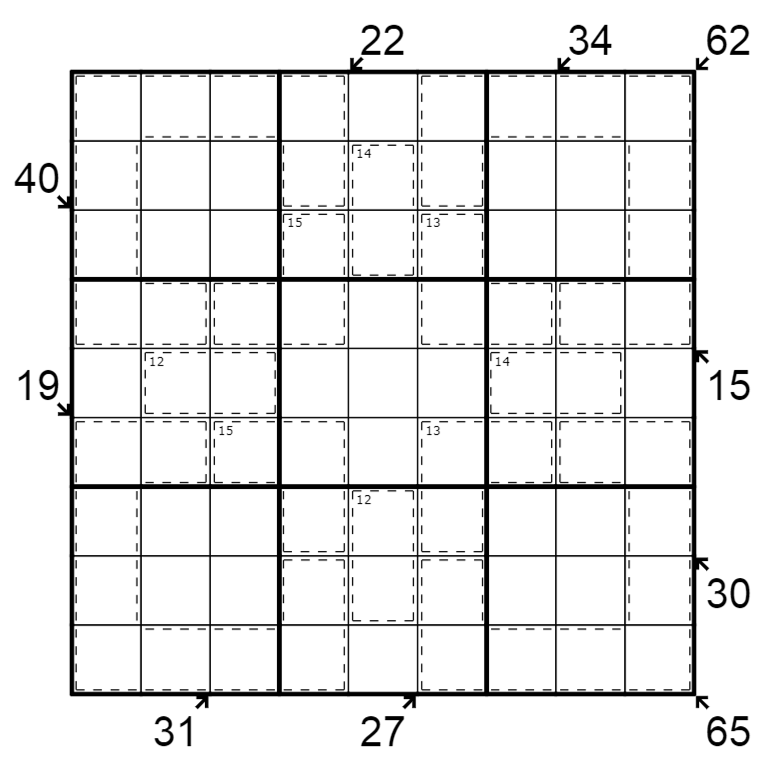 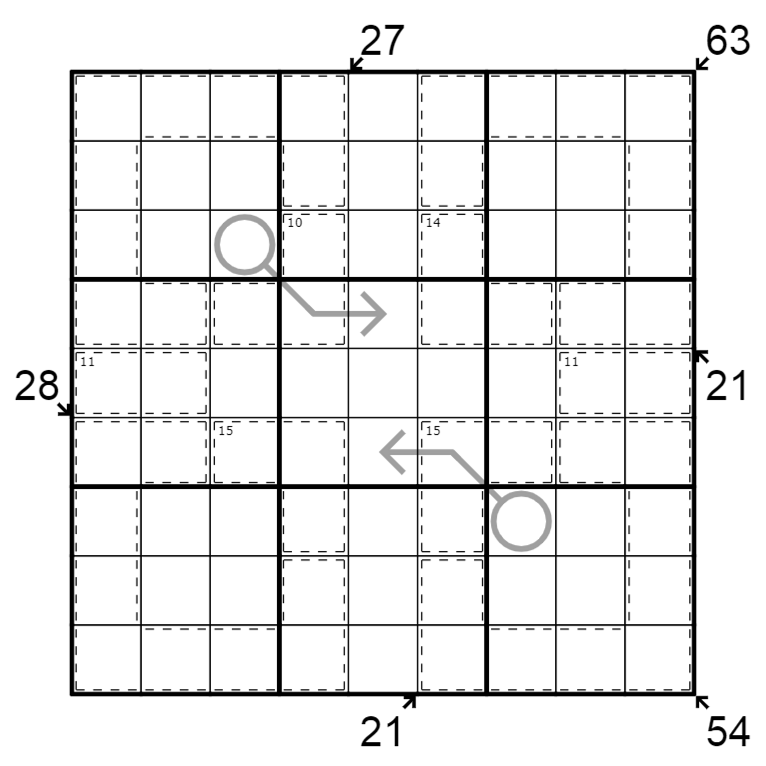 Hint for the break in: Your goal is to end up with some sum that includes cells from just row and column 5. You can do that using operations like adding/subtracting rows, columns, boxes and cages.
Hint for after the break in: Focus on the 27 LK clue, which cells can see the entirety of said diagonal?
(There're 2 of them)

am 22. März 2022, 15:08 Uhr von Playmaker6174
I have to admit, you have lots of magic tricks in your pockets there TNC xD
Ridiculously clever, ridiculously insane, ridiculously intricate, I couldn't describe enough my feeling for this sorCery. Definitely one of the hardest and most beautiful puzzles I've done (and that's from a person who has solved a lot of difficult puzzles).

am 22. März 2022, 14:52 Uhr von Niverio
I should stop solving these types of puzzles. My brain cannot handle it anymore.

Total insanity. Diabolical is probably the only fitting adjective as Vebby pointed out.
And yes, I solved the harder one. Have some regrets about the lost time on it.

am 18. März 2022, 20:08 Uhr von Vebby
Re: Unwrap the Gifts, the hardest break-in I've ever encountered, absolutely diabolical. Only managed to uncover it thanks to some kind and patient assistance from the setter. Greatly enjoyed the deductions that followed, a very impressive puzzle indeed.

I propose to send the ssorCery puzzle to CTC and make a contest on solving it ;)