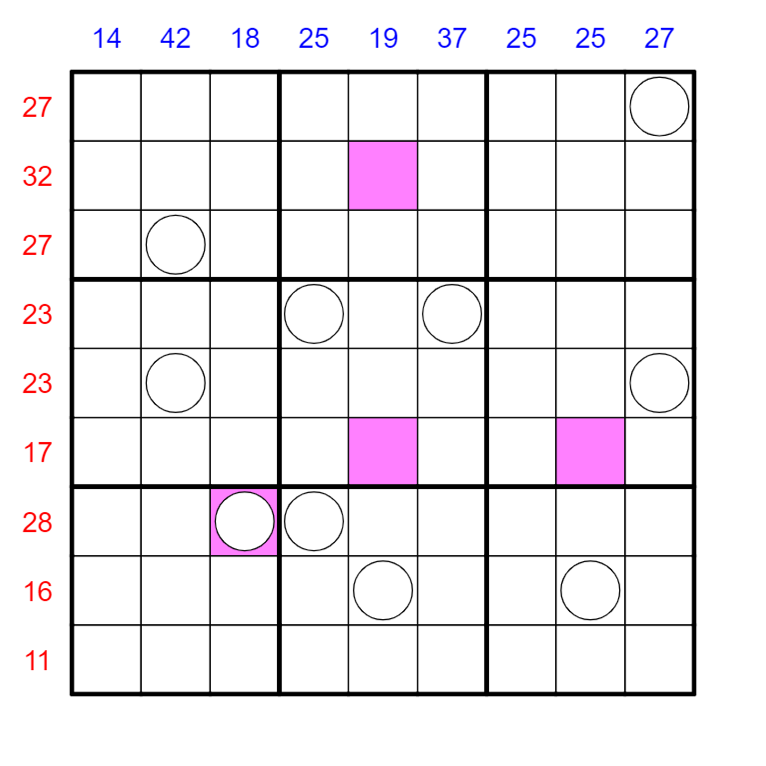 To complete the puzzle, you must color all the uncolored squares red or blue.  The given colored squares are purple, and for all rules purposes, a purple square counts as both red and blue.  All purple cells are given.

Your coloring must satisfy all of the following:

1) The group of red squares is orthogonally connected.  The same is true of the group of blue squares.

To clarify, below is a completed grid (for a hypothetical puzzle) that satisfies all of the above rules: 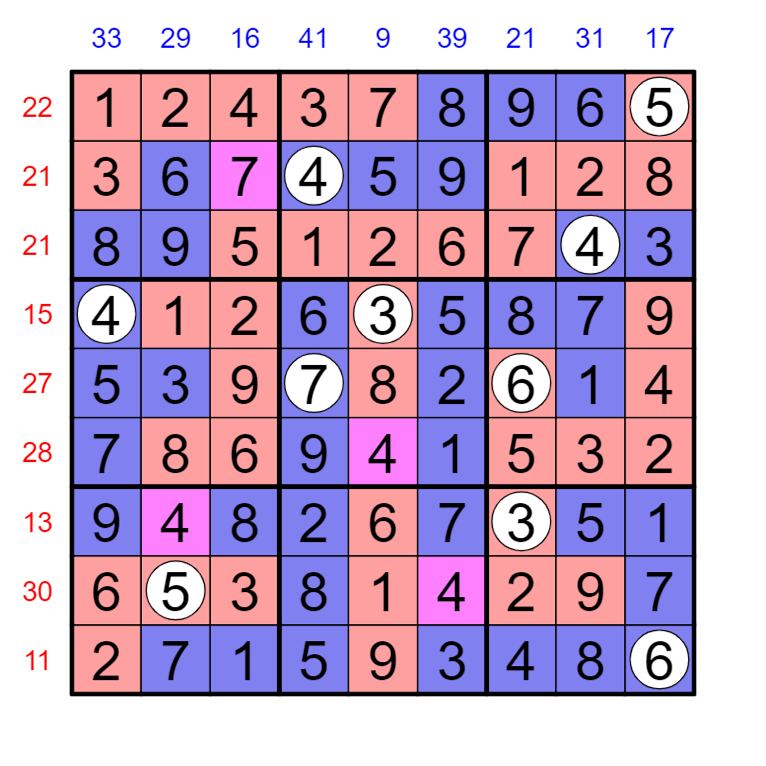 The partial grid below includes many examples of things that are not allowed.

The things that are wrong are:

In box 1, there is a 2x2 all blue region (because the purple cell is also blue).

In box 3, the three red cells have been isolated from the other red cells, so the group of red cells is not orthogonally connected.

That's all, have fun, leave a comment if you enjoy the puzzle!

<< Thx! Obviously the hint helped, but it was still very difficult even then.