Normal sudoku rules apply. Clues outside the grid are sandwich clues ie they show the sum of the digits placed between the 1 and 9 in that row or column. These have however been encrypted. Each of the letters A-J represents a number from 0-9. A zero cannot be used as a ten's digit. A white dot between two clues means their values have a difference of 1. A black dot between two clues means their ratio is 1:2. Not all such dots were given. Also note the inequality sign in the grid. 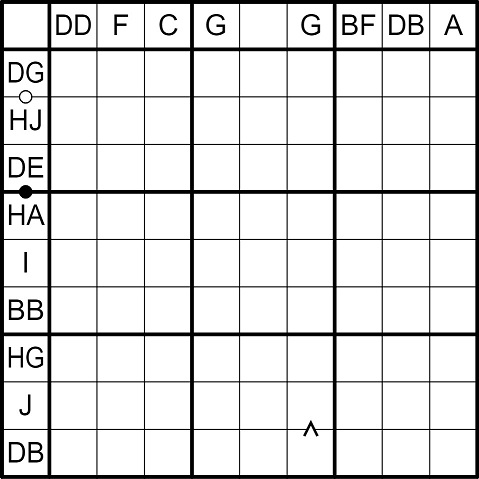