Digits along an arrow sum to the value in the corresponding circle. When the circle contains two digits, read them as a single two-digit number from left to right.

The two digits separated by a white dot differ by exactly 1.

If you aren't making headway on this puzzle, I've included an explanation of the breakin in white text below the image. Highlight it to read! :) 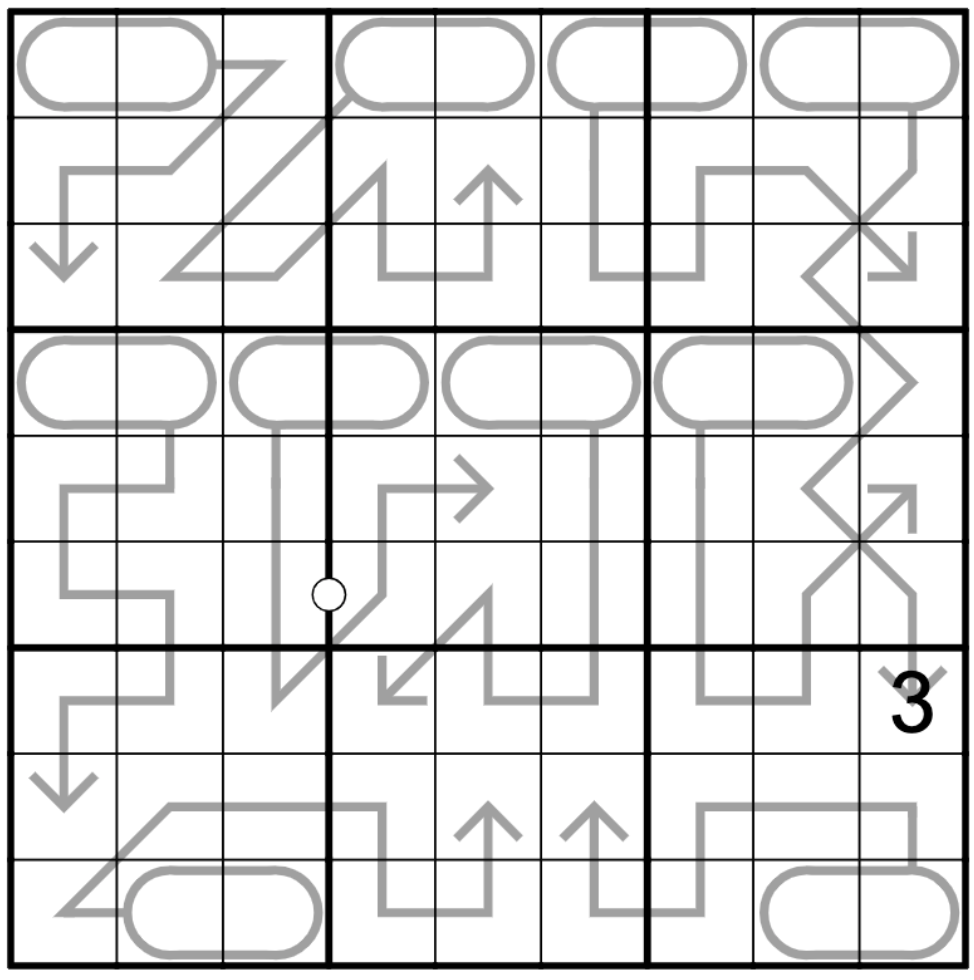 Highlight all of the squares associated with the four circles on the top row. Notice that these squares make up three complete 3x3 blocks, plus four additional squares in columns 8 and 9.

Now, try making the values along the arrows in the top three blocks as small as you can. To do this, you need to use the smallest possible digits for the TENS digits of the two-digit numbers in the circles: 1, 2, 3, and 4 would be the tens digits. To make the overall values as small as possible, use 5, 6, 7, and 8 (in some order) for the UNITS digits. 9 is left over.

If you get stuck again after this point:

Apply the exact same technique to the second group of four 2-digit arrow sums, noticing that the unknown digits in row 7 sum to 45-3 = 42.

am 31. Oktober 2020, 11:29 Uhr von clover
increased the difficulty rating given that only one person has solved it so far! :o