(Eingestellt am 18. Oktober 2020, 12:01 Uhr von udukos)
This puzzle is a variant of the amazing slingshot series created by Stephane Bura. The rules of this puzzle and the sample image have been taken from his puzzles. I am really fond of the series and I thought about combining the idea with sandwich sums constraint.

Slingshot rules - If an arrow is present in a cell, the digit in the cell the arrow comes from appears in the grid in the direction of the arrow at a distance of N cells, where N is the digit in the arrow's cell. Some possible arrows are NOT given. 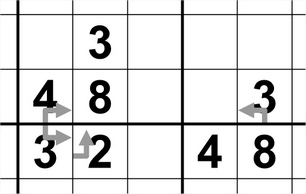 If you have any other doubts, feel free to ask in comments.

Penpa plus link to the easier version - it has a digit given in the grid which makes the solve much smoother.

Penpa plus link to the harder version - the grid is the same as shown in the image below. This version requires one to look a few steps ahead and visualize trickier slingshot interactions. 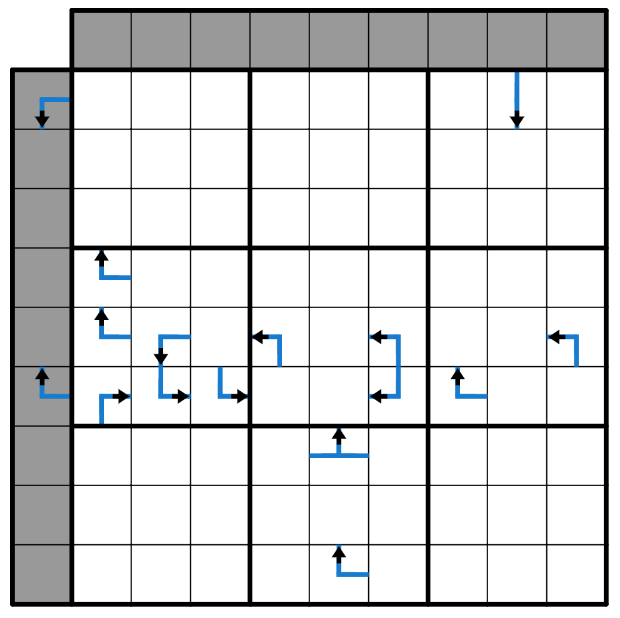 @stephane.bura It is a cool concept to work with. :)

am 18. Oktober 2020, 22:15 Uhr von marcmees
Thanks for the digit. Without I don't think I would have gotten there. Very tricky. Very nice. Very refined Stephane Bura "à la" Udukos.

am 18. Oktober 2020, 13:45 Uhr von stephane.bura
Bringing Slingshots to the next level!
(solved with the easier version which I found quite hard!)