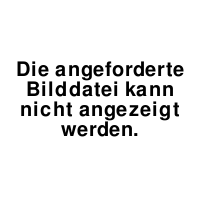 Both types of restraints in this puzzle indicate invisible thermometers:

EDIT: A solver has discovered one missing arrow. I will update the graphic ASAP - but while you wait: When I did my test solve, I never even considered the cell in question either as a positive or negative restraint. So it's still entirely solvable, as 5 have already discovered.

An Arrow in the grid points to an adjacent bulb and thermometer that continue in the direction of the arrow. The digit in the cell with the arrow indicates the precise length of the thermometer, after which it breaks or reaches the border of the grid. All possible arrows are marked. (All thermometers must be 2 or greater; a 1 would result in a single cell that, by its static nature, couldn't be said to either increase or decrease.)

This puzzle could be called "Everything Increases 2". I was originally in no hurry to post a new puzzle, but after making the first "Increases", I couldn't stop thinking about the possibility of a version with fewer clues, and settled on the border numbers and the internal arrows. It definitely took me longer to prove to myself that it was logically solvable with a unique solution, but I am convinced. Just remember those negative constraints as you work (hint hint cough cough).

am 18. September 2020, 14:14 Uhr von SudokuExplorer
@BigTiger If there is a length-7 thermo in row seven (right to left), shouldn't there be an left-arrow in cell R7C7? Or have I misunderstood the rules?

*** Hello, just got home from vacation, sorry for a delay. Jesper had a similar thought in a hidden comment. It's a matter of what I thought was clear in my head VS. what other people think is clear. "The digit in the cell with the arrow indicates the length of the thermometer" was meant to inherently assume that if there was a 3 pointing in a certain direction, the FOUTH digit in that direction would have to be lower, ending the thermometer - otherwise the cell with the arrow would need to have a 4 in it instead. But at least two of you now have not necessarily understood it that way, so I will add a sentence to the rules. R7C7 does not have a left arrow because the thermometer to its left runs longer than the given digit.

*** Thanks Big Tiger for clearing my confusion. I'll give this puzzle another go :-)

am 17. September 2020, 22:46 Uhr von Greg
Good fun. There were several "Ah ha!" moments where I realised just how much information I could get out of a single clue that helped move along the solve.

*** As someone who has no idea how to pre-plan those "Aha" moments, I enjoyed finding a few myself. At least twice, there was a case of "Well, no matter where I put this thermometer, THAT cell has to be X - Cool!" Among other things. Also had a sinking feeling toward the end of my test solve that there would be an unresolved pair, but then one clue unraveled it and made it unique.