(Eingestellt am 30. Juni 2020, 10:20 Uhr von shye)
normal sudoku rules apply
cells marked by a dot indicate a common difference value, meaning if one difference is determined it will apply to the rest of the same colour (eg: if there was a 2/5 pair across a light grey dot, all other light grey differences would be 3), not all differences are given
clues outside of the grid are grouped into pairs, with one at either side of a row or column. one of the clues is a sandwich clue, and the other is an x-sums clue, it is up to the solver to determine which is which
you'll notice outer clues have the difference values worked into them, for these you simply input whatever the values of the dots are. the clues marked as n(dif) are multiplication not concatenation 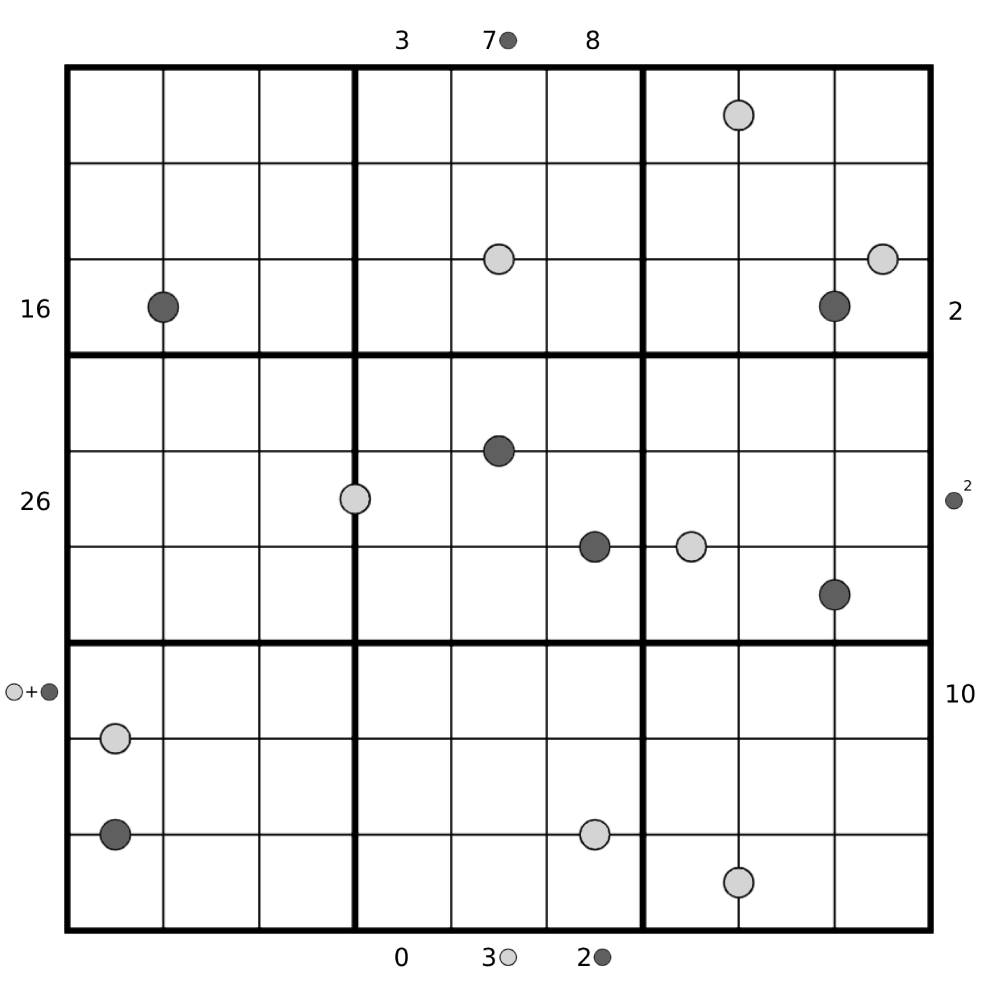