(Published on 22. May 2018, 00:00 by Richard)
For this Sudoku Variants Project I have planned to publish a different Sudoku variant every second Tuesday. I will see how long it takes before I am running out of ideas.

Inspiriation for this type comes from WSC 2017. 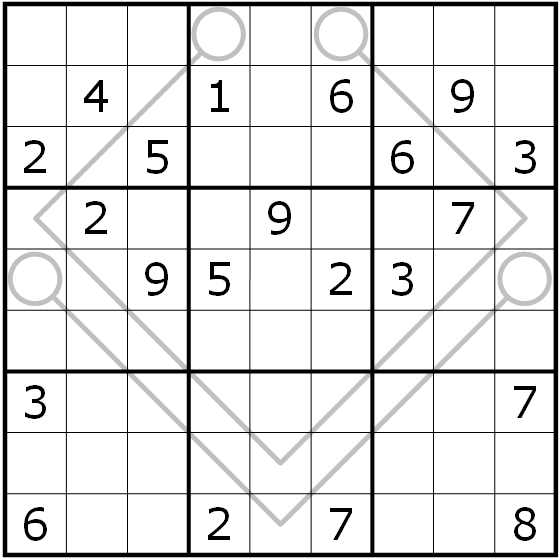